EmailBookMagazine END_OF_DOCUMENT_TOKEN_TO_BE_REPLACED
EmailBookMagazine
ShopGuidesFresh FundStoriesPodcastsVideo Report
Get Courier straight to your mailbox
You can unsubscribe at any time using the link in our emails. For more details, review our privacy policy.
Visit Mailchimp

Giovanna Gray Lockhart from The Riveter on working women

Giovanna Gray Lockhart from The Riveter on working women

We spoke to Giovanna for the Courier podcast. Listen above or read the story below.

‘The truth is, people in times of crisis need leaders. And those leaders are sometimes in the form of elected officials, but they're sometimes in the form of business leaders. What we're trying to say to our audience and the working women of the United States is that we understand what you're going through. We know that this pandemic has opened everyone's eyes to the double standard of working motherhood – the inequalities of working motherhood – and that we were all doing it differently because it needed to be jury-rigged to make it work.

I have a full time job. My husband works full time. My two children need to do their classes via Zoom, which is why I have this call with you at 8.30am because at 9.15am, for two hours, I will be on a computer with my kids trying to make sure they learn something. That's exposing the lack of support that working parents have to do both these things.

What happens if people are called back into the office but school hasn't gone back into session? I read an article recently that 14% of working women are saying that they might quit their jobs because they make less than their husbands due to systemic pay inequity. If someone's going to stay home, it's going to be [women]. And that's obviously going to set women back even further than we already are in terms of pay equity.’ 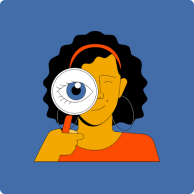 ‘We're focusing on how can we pivot, evolve and adapt.’